Home » Stepping Through The Door – My Journey Home Part 2

Throughout my childhood and as long as I can remember I have always been fortunate enough to have been given the gift of faith. I just knew God was real, he loved me, and I wanted to know and serve him.

It was during certain times in quiet prayer that I often found myself questioning my purpose in life and how was I going to live and serve Jesus in a total & real way.

I remember being in a church service one Sunday evening. I was about 13-years-old and the pastor had asked us to turn to John chapter 6. As the pastor started to preach on the verses he selected, I went ahead and kept on reading.

I soon came to John 6:54 which states “Whoever eats my flesh and drinks my blood has eternal life, and I will raise him on the last day“…?

This concerned me very much. That is weird, I thought. Why would Jesus use such distasteful language? Why would he even speak about eating his flesh?

I, however, truly believed that the Bible was the true word of God and there must be a definitive reason why Jesus would say something like that.

When I later asked my mother about it she explained to me that Jesus was just talking symbolically. He didn’t really mean to eat his flesh literally.

That explanation, at the time, was good enough for me. And I never really gave it any more thought – until much later in life.

Sad to say but this quote explains how I was made aware of the Catholic Church. Wrongly perceived by those in my family and life they wrongly shared with me what they believed to be true.

I never really had an experience with any other Faith beliefs. We did attend the Assemblies of God churches sometimes but, they held a lot of the same beliefs we did.

But, as far as the Catholic Church is concerned I didn’t really know much. All I knew was what I had been told by my mother and those around me. I was told that they had statues of saints and Mary in their churches. Also, I was told that they not only worshiped & prayed to them.

They followed the Pope, who could be classified as the ‘anti-christ‘ in the eyes of many protestants. They had to tell a priest their sins in something called confession. And with all of these things they were probably on their way to live eternally in hell.

About two years after my questioning John Chapter 6 I was sitting in church one evening. I was sitting in a different church building listening to a different pastor. And suddenly the thought came to me – how do we know that our religion is right and true? What if we are missing something? What if we were wrong and there was more for us and more to living a life for God?

So, again I asked my mother that how, with all the religions in the world, do we know we are right? She stated that “we just know – we follow the Bible …”

This, again, I took as a satisfactory answer at the time. Plus, the joyful ‘feeling’ I always got of being in church and worshipping God with music and hands raised, made me feel content and convinced that – yes, this has to be the true and right religion because it feels right and makes me feel good.

With that feeling of reassurance, I didn’t question it again. – Until many years later when the feelings were no longer there to uphold me and adult life. This forced me to realize that living in faith is not constant joy and euphoria.

After my high school years, life became very different for me. Abandoned and spiritually on my own, a new, different, and difficult season in my life had begun.

Because of the choices I was considering, my mother told me to leave my home at eighteen years of age. This was just weeks after graduating from high school.

It was at the beginning of this time that a lot of my family, friends, and many parishioners from the church I attended distanced themselves and turned away from me. Along with my leaving home, I left my beloved Pentecostal church and never returned again.

I do want to clarify one thing before I continue. The Pastor and his wife of the church I had attended all through my high school years never turned their back on me. Through all of my struggles, like being shunned, going through a divorce, and living as a single mom of two on welfare, they always reached out, visited me, and prayed with and for me. This couple is a perfect example of how we are called not to judge but to be and bring Jesus to others. It is people like them who have planted the desire in me to live a life fully devoted to God.

During the next four years, due to the choices I made, sorrow was my constant companion. I had entered an unhappy marriage. Divorced and on my own along with two young children, I ended up on welfare and living in low-income apartments.

My two children were the blessing that gave me a feeling of purpose during these years. I am always amazed at how babies can be the doorway to let grace in.

I still prayed, actually, I cried out to God a lot! Even if I wasn’t the best listener or example of how a Christian should live and behave. But, I did know that in order for me to be completely at peace and happy I would have to decide to follow Him with my whole heart – someday…

Although this was a very difficult time in my life, I can now look back and realize that it was a time I had to go through. I needed this space, hurt, and experience to clear my heart and mind of any misconceptions that I had grown up with.

My heart needed to be tilled to uncover fresh and fertile ground ready for the new seeds that were about to be planted. These new seeds would not have grown and would have been choked out by the thorns of wrongly perceived ideas I had been taught in my childhood.

My prayers began to be answered one by one.

My first prayer was to find a job. Through those four years of struggle, I had succeeded in getting myself through school and becoming an LPN.

I was on my own and I needed a job so that I could support my children and myself. Of course, my prayer was answered and I was hired at a Doctor’s office. There I got to work and become close friends with some very special women.

Little did I know that one of those women would eventually introduce me to the man who would lead me to a deep faith, a truth, and my journey home I never had even considered. And the one who I would one day marry.

One of the reasons why I really believe that those four years of being away from a church were so important is because the man my friend wanted to introduce me to was Christian (exactly what I had been praying for), but he was also – wait for it – Catholic.

This would have been an obstacle for me had I met him during my high school years or shortly after. But, being away from family and my church for so many years, I simply saw Rodney as a wonderful Christian man and him being Catholic did not hinder the relationship to grow in any way.

My First Step On My Journey Home

After I met Rodney and we began dating we did talk about faith. Actually, we had some heated ‘theological’ debates. These would lead me to say “okay that’s enough” And we would leave the subject alone – for a time.

It was a few months before Rod invited me to accompany him to Mass. I agreed to go. I remember entering the church building wondering just what I was going to see. It turned out to be a nice experience and I didn’t feel out of place or uncomfortable like I assumed I would.

The first few Masses I attended I was cautious and suspicious. I just kept remembering all I had been told from my childhood. I experienced nothing ‘earth-shaking’ and I assumed that I would just continue my life attending Mass with Rodney as ‘his guest’. Until…

It was the beautiful Easter Vigil which is held on the eve before Easter Sunday. During this Mass, the Light of Christ coming into the world is reintroduced in a powerful way.

As the light from all of the candles steadily filled the Church, I was moved beyond words. I felt the love of God surround me along with the light and I began to tear up. God was here, in a way I had never experienced before. It wasn’t a feeling, it was a knowing…

A Catholic mom of 10 & a Deacon’s wife.
I Help Inspire Christian Women to Grow in Their Faith & Share with Others, Improve their Health, and Create Whole-Life-Wellness From the Inside Out.

Here I intend to share my vocation and life as I strive to embrace every moment and the lesson I get to experience while journeying as a wife, mom, and Catholic woman in today's world.

I look to inspire Christian women to come to know they are beloved daughters of God and to help them deepen & share faith, gain confidence and commit to self-care by living a healthy life & Creating Overall Wellness from the Inside Out.

Thank you so much for being here!
Pax Christi,
Joy 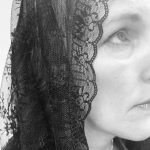 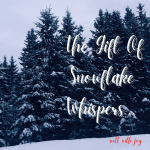 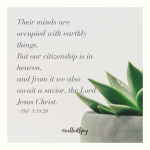 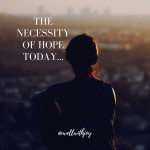 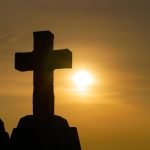 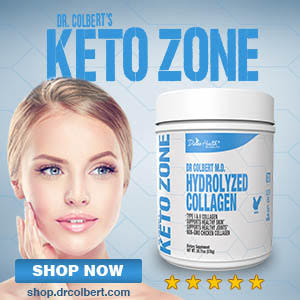